Inauguration of IJCCI Centre of Excellence 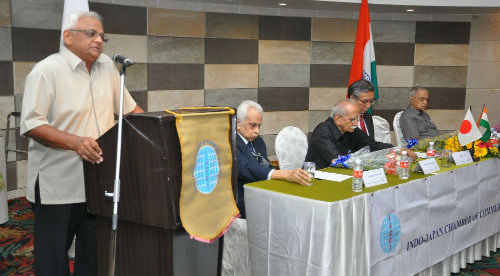 On 15th May 2015, an event was organised by IJCCI to inaugurate the IJCCI Centre of Excellence. Hon’ble Mr. Seiji Baba, Consul General of Japan in Chennai, was the Chief Guest. Dr. Pon Kothandaraman, former Vice Chancellor – Madras University, and Mr. B.S. Raghavan, former Chief Secretary – West Bengal-Tripura, were the Guests of Honour.